Chief Executive Officer
Bo is the CEO and President of Arkose Energy Corp. Bo received a BS and MS in Petroleum Engineering from Texas A&M University. Bo holds his PE in Texas and has actively advised oil and gas companies on reservoir evaluation, asset selection and development strategies. Bo served earlier in his career as a production and completions engineer with Texas Oil and Gas, Inc. He has acted in an investment banking capacity and reservoir engineer for numerous companies on both the buy and sell side. With Reveille Capital, LLC, Bo maintains a consulting practice in engineering and business. He has completed transactions as a principal, advisor, broker and valuation expert with thirty years’ experience.

Bo is currently on contract and assists management and advises several operating partners managing holdings in private equity portfolios and companies. Bo has been active in promoting business and entrepreneurship at Texas A&M University. 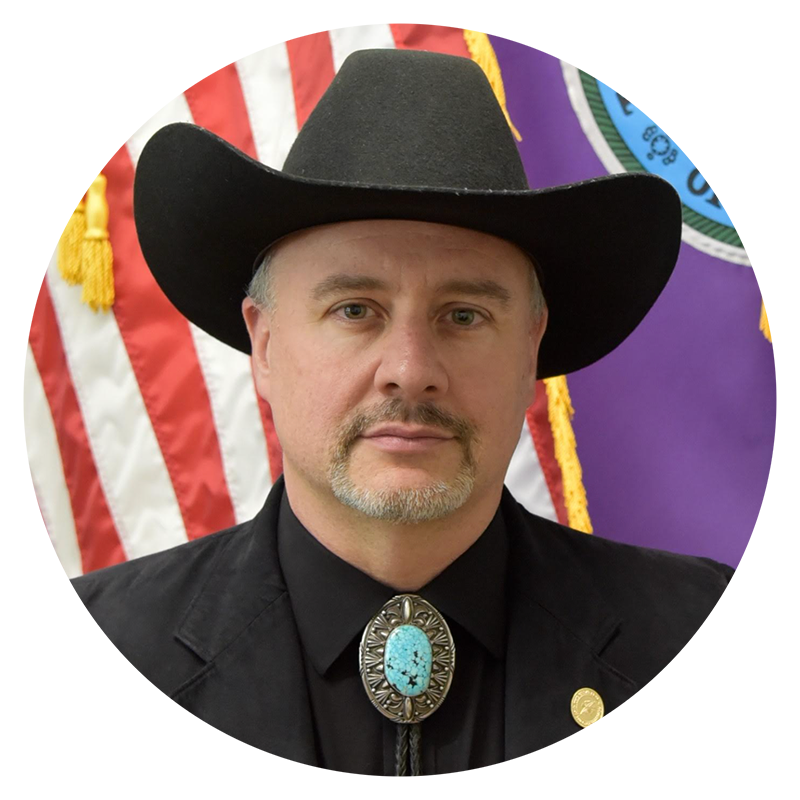 Dr. Gavin Clarkson, Esq. is the General Counsel and Director of Indigenous Relations for Arkose Energy. Dr. Clarkson previously served as the Deputy Assistant Secretary of Policy and Economic Development – Indian Affairs (DASPED) in the United States Department of the Interior, where he managed the Office of Indian Energy and Economic Development, the Office of Self-Governance, and supervised a multi-billion-dollar oil, gas, and minerals portfolio for all of Indian Country.

Named the nation’s “leading scholar in tribal finance” by The Financial Times, Dr. Clarkson has been cited extensively by Bloomberg, the Wall Street Journal, and USA Today on matters of tribal finance and rural economic development.

Throughout his life, Dr. Clarkson has been an advocate for fairness, justice, and economic opportunity for all, particularly those who have been overlooked or ignored by so-called elites. Much of that drive, determination, and sense of public service comes from his upbringing. His father started out as an orphaned Indian kid during the Dust Bowl days of the Great Depression who had to dig through other Indians’ garbage cans for food. Nevertheless, his father would always say he was broke and not poor because “Poor is a state of mind. Broke is a temporary insufficiency of cash flow.” In 1943 he joined the Navy and became the first American Indian to fly a jet, proof positive that poverty is not a life sentence. By 1963, Commander Clarkson became the senior nuclear targeting strategist at NATO headquarters. It was there he met Gavin’s mother, herself a tribal member who similarly rose up from abject poverty. She was also in the intelligence community with a top-secret security clearance, so Dr. Clarkson’s parents really did meet when they were spies in Paris.

In 2005, Dr. Clarkson received the first-ever grant from the National Science Foundation to study the dynamics of tribal finance. His research and Congressional testimony on tribal access to the capital markets helped lead to the inclusion of $2B of Tribal Economic Development Bonds in the American Recovery and Reinvestment Act of 2009. He is a lifetime member of the American Indian Science and Engineering Society (AISES) and was Chairman of the AISES Foundation from 2005 until 2009.

Dr. Clarkson was on the Computer Science faculty at Rice University from 1991 until 1998 and a KPMG Fellow at the Harvard Business School from 1998 until 2003. While at Harvard, he was also the John M. Olin Research Fellow in Law, Economics, and Business, the Reginald F. Lewis Fellow for Law Teaching, and held a university-wide fellowship, the 1665 Harvard University Native American Program Fellowship. From 2003 until 2008, Dr. Clarkson was an assistant professor in the School of Information at the University of Michigan, with simultaneous appointments at the Law School and in Native American Studies, where he grew the Indian Law program from 5 students in 2003 to more than 60 by 2008. Clarkson was also an associate professor at the University of Houston Law Center from 2008 to 2012, a lecturer in the business school at Rice University from 2012 to 2018, and an associate professor in the Finance Department at New Mexico State from 2012 to until 2017, when he was appointed DASPED in the Department of the Interior.
(832) 487-7800
info@arkoseenergy.com